Out of all the tickers that stopped at precisely 12:15 pm, Alastair Hoodwink managed to squeeze a few more seconds from his for a last word with his son Malcolm…

“When the world literally begins to fade into a blank canvas, rest assured, the end is nigh.”

The artist’s final thoughts, whispered in Malcolm’s elfin ear moments before he expelled his last tobacco laced breath, would normally have sent the seven-year-old barreling from the room, crashing down the marble staircase, and rushing into the art gallery off the main lobby in search of a painting that might fit that description if it hadn’t been for the addition of one single word. It – literally – funneled down the boy’s eustachian tube, seeped into his bloodstream, coursed through his young veins, and riveted his red high-tops to the polished oak floor just in time for Malcolm to hear what his father really wanted him to know.

Noting Malcolm’s frozen stance, Hoodwink’s wife of five weeks lunged from one side of the Swiss sanatorium’s Deluxe Suite to the other in less time than it takes a roach to scuttle under the sink when a light snaps on in the dead of night. She dropped to her knees, grabbed the child’s shoulders, and twirled him around. “What did he say?”

“Nothing.” Her clear eyes bulged enough to distract Malcolm from the vein throbbing on her smooth forehead. His pale face pinched as he conjured a picture of the twenty-something-year-old in the row of sweat beads forming above her inflated lips. The first held a vision of her rifling through a pile of rocks in a cave. The next focused on her dust-covered patent-leather Leboutins. While the third showed her striking gold.

“Nothing?” She clenched a fist. “But I saw his lips moving.”

The towhead nodded. “Nothing.”

Malcolm’s eyes crossed. His lips puckered while he recalled the day he’d stared in the mirror for an hour, searching for the lie his real mother claimed she could read in his peepers. The one about not feeding his sprouts to the dog.

“Stop that! You’re creeping me out.”

The forgery? She tightened her grip. “What did he say? Exactly.”

Malcolm cleared his throat. “When the world fades into a blank canvas, uh, no…uh…”

“When the world literally begins to fade into a blank canvas…uh…rest assured, the end is nigh.”

“Oh, isn’t it just like that pretentious fart to be using death metaphors at a time like this? There must be more.” She shook Malcolm hard enough to rattle his teeth. “Tell me!”

“He said he loves me very much.”

“That’s all of it?” Her shriek made the crystal chandelier tinkle and the bed shake.

Shoving Malcolm aside, she glared at the cold cadaver until a ruckus in the hallway made her rush to the window, throw back the curtains, and stare in paralyzed horror at the scene unfolding in the distance… 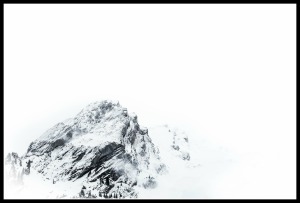 Only then did she come to understand the meaning of  literally.

Many thanks to Chuck Wendig over at terribleminds for motivating my muse with his Flash Fiction/Random Flickr Photo prompt last week and to Anthony Leclercq for the photo that sparked today’s vignette. Even though this post is too late for the Wendig party, I suggest you check Chuck’s site out. His language might be a little *&^%&*ing over the top for some, but his advice and writing tips are phenomenal.

I am an adventure seeking ponderer of the mysteries of the universe, writer of children's books (represented by Stephen Fraser of the Jennifer DeChiara Literary Agency), and lover of anything involving armor, archery, or swashbuckling.
View all posts by Donna Gwinnell Lambo-Weidner →
This entry was posted in ADVENTURES, FAMILY, VIGNETTE, WRITING CHALLENGES and tagged adventure, apocalyptic vignette, blog, Chuck Wendig flash fiction prompt, Donna Gwinnell Lambo-Weidner, family legacy. Bookmark the permalink.

10 Responses to LITERALLY, THE END