This is a fable of blood and deceit—
Not for the faint-hearted or stomachs that are weak.
The tale, its author, the unpopular Father Gander,
Is told from his viewpoint with unflinching candor…

There was a young man known to most as Young Jack.
He liked it that way since it cut him much slack—
For who could believe that someone not young
Would make dear Mrs. Sprat the brunt of a pun?
Or that Jack was the cause of Jill’s spill down the hill?
Indeed, Willie Winkie watched from the grist mill.
And afterwards, poor Humpty—yes, Willie saw it all—
The push down the hill, the shove off the wall.
But since Willie was wee and wore a nightgown,
His integrity was questioned by most folks in town.

Not, by Ms. Muffet, though.
For she, too, had issue with Jack— 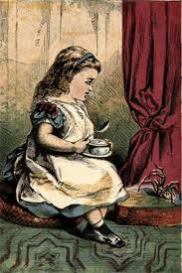 As did an Old Woman, 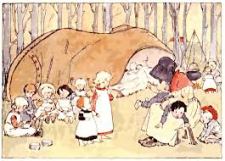 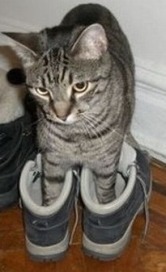 For Ms. M had been two-timed by Jack at least thrice,
And she’d sworn to destroy him, no matter the price.
Indeed, she’d spun a plan on her tuffet one day,
While stirring clusters of spiders into pots of curds and whey.

It just so happened that a giant, Sy Klep,

Had more than an eye for little Muffet.
Hence, ‘twas to him a tall tale she professed.
Snot ridden and sobbing, she feigned great distress,
Knowing full well Sy’d take off after Jack
To defend her honor with no need for payback.
Nevertheless, to be terribly sure,
Muffet slipped Sy a smooch before slamming the door.

Sy’s heart, now soaring, since Muffet sealed the deal,
Sent him bounding from the house with a blood-curdling squeal,
“FEE-FI-FO-FUM
“I shan’t rest till I’ve had done with that bum!”

Enraged, Sy ran off, his nose in the air,
But he couldn’t smell Jack, not his hide, nor his hair.
For months the dear cyclops lumbered about
Searching forest and field for that despicable lout.
Until finally he chanced upon Baaaa, a black sheep. 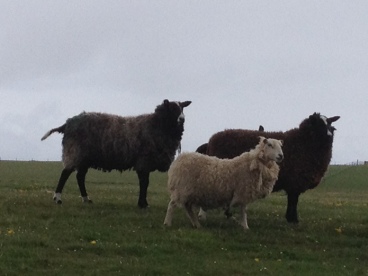 “We still have our wool,” she woefully bleat.
“It’s the white ones who’ve lost it
“Jack cropped, sheared, and tossed it,
“Before chasing them up King Cole Hill—” 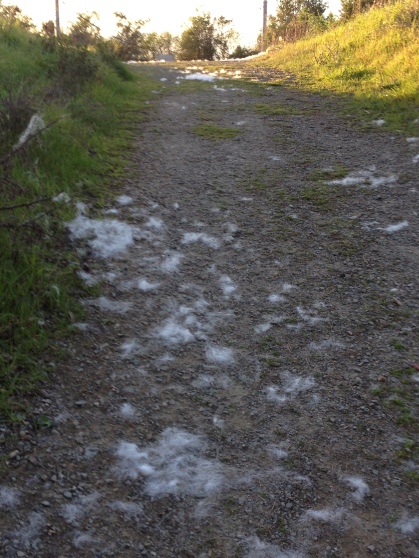 Although Jack was nimble and known to be quick,
He could not outrun Sy and Sy’s walking stick, ‘Flick’.

For when Sy checked the wind and took aim at Jack’s back,
He flung Flick, and bingo! It laid the boy flat.

And so with a “FUM,” a “FO, FEE,” and a “FI!”
Sy first ground Jack’s bones into gooseberry pie,
Then served it up to the love of his life, stating,
“We’ll savor this later, once you are my wife.”

Weird what a walk with my dogs and a trail of fur will inspire.
That, and a fondness for nursery rhymes and Fractured Fairy Tales. Remember those?
What were your favorites as a child?

3 Responses to HELL HATH NO FURY LIKE MS. MUFFET SCORNED