MINDING MY Ps AND Qs – A Punctilious Quest 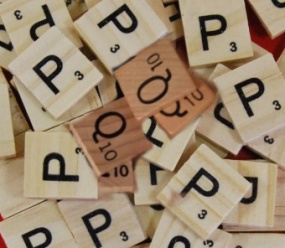 Once upon a dreary Sunday many Mays ago, it was unclear whether Alice Wetherby-Pimms had quaffed the dregs of a liter of PLYMOUTH and nodded off under the Steinway or if the ten-year-old had passed out cold in the wake of sampling the near empty snifters, flutes, and tumblers strewn about the lounge after the guests had been summoned to the dinner table for her Grandpapa’s 100th birthday celebration.

As to what might have provoked the child to imbibe in the first place, well, many proposed it was the tyke’s passion for tall sailing ships that took her curiosity prisoner, hence the Flying Dutchman presented on the label, others held her penchant for people who resembled her portly grandpapa responsible, ergo the etching of a potbellied friar positioned in the lower left-hand corner of the flask in question.

Other people’s opinions didn’t really matter, however. Either way, Mrs. Ima Pennywit (Nanny D’Pendable’s successor and most recent addition to the procession of pedagogues that had previously held prominent positions in the Pimms’s posh household) refused to pander to anyone’s, least of all her young ward’s precocious nature – Mr. Pimms’s portrayal of his child’s personality. It should also be mentioned that this was the most prominent position held by fifty-percent of the population in the province, all those who had never been the actual subject of the girl’s quaint antics or the recipient of her quaking wrath.

As for the other half, one quarter of the community described the shipping magnate’s offspring as being possessed by the devil, while the remaining twenty-five percent purported said possession to be one of an appalling, pompous, pig-headed imp.

“To say Alice Wetherby-Pimms possesses a proclivity for mischief is an understatement,” warned Nanny D’Pendable upon her departure from the household. Then, as quid pro quo for her protégé’s hand in procuring her next assignment – a prolific book project in the Pyrenees – Nanny D’Pendable looked her replacement squarely in the eye. “I urge you to never quarrel with the petite princess or you’ll find yourself in a prodigious pickle – a  quagmire of disaster and deceit. If you should deem it necessary to question anyone in the village to qualify my advice, begin at the QUILT AND QUILL. Now, I must leave posthaste.”

Mrs. Pennywit’s popularity as a proficient provider was in part founded on her antipathy for procrastination. Once she’d situated Alice in the conservatory and ordered the child to mind her Ps and Qs during lessons, Mrs. Pennywit  promised to return promptly with a sweet surprise if she practiced her scales, as instructed by Professor Quail, without pinching the maestro’s spectacles and placing him in a fevered quandry. Besides, a peregrination into town was precisely what Mrs. Pennywit had prioritized for the afternoon. Her supply of needles, thread, paper, and ink needed topping off, as well.

“The proof is in the pudding,” proffered Mrs. Pontifikowski. A true patriot of the possession position, the patronizing purveyor of the QUILT AND QUILL cited a perplexing quantity of quirky disappearances in the province soon after the victims had had some quintessential quarrel or other with Alice. “There was that persnickety horticulturist Horace Hornby…hmmm, and oh yes, that traveling portrait painter Edgar Someone-Or-Other, not to mention the stable of caretakers who preceded you and Ms. D’Pendable – nannies Miller, Pitchforth, Digglswit, and Petherbridge.”

Upon quick payment for her products, Mrs. Pennywit pushed past a small crowd that had gathered ’round and added their ‘m-hmmm’s, nods, and ‘indeed’s to Mrs. Pontifikowski’s presumptions. Then – pronto – the governess made her way home, pondering all that she had heard.

Once Mrs. Pennywit ambled across the vast porch and into the palatial foyer, a peculiar quiet rose to greet her. Like quail pelted by gunshot, she spiraled up the winding stair and burst into the conservatory only to find Alice primly seated upon a plush Peruvian settee perusing a pamphlet promoting pink peony seeds. 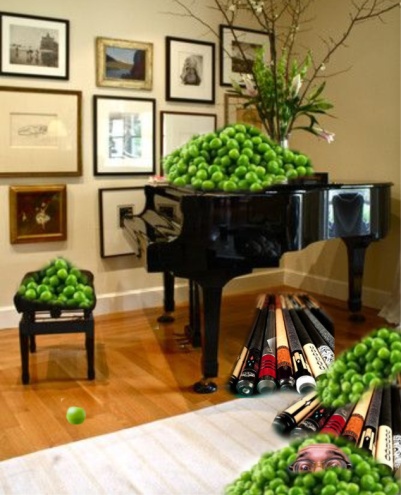 “Whatever are you doing child?” she asked.

“I’m minding my peas and cues, of course.”

“And where the devil is Professor Quail?”

“Oh, he’s around…somewhere. Now, what about those sweeties you promised?”

THE TRUTH ABOUT ALICE

A MOST DUBIOUS COLLECTION

DID SOMEONE SAY CHOCOLATE?

I am an adventure seeking ponderer of the mysteries of the universe, writer of children's books (represented by Stephen Fraser of the Jennifer DeChiara Literary Agency), and lover of anything involving armor, archery, or swashbuckling.
View all posts by Donna Gwinnell Lambo-Weidner →
This entry was posted in ADVENTURES, Essay, HUMOR, SHORT STORIES, VIGNETTE and tagged adventure, adventures in writing, Adventures of Alice Wetherby Pimms, D.G.Lambo, Donna Gwinnell Lambo-Weidner, paranormal disappearances, Ps and Qs. Bookmark the permalink.

6 Responses to MINDING MY Ps AND Qs – A Punctilious Quest