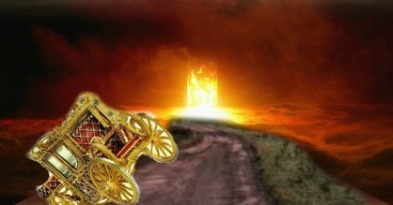 Once upon a time, a hapless, yet terribly kindly and sympathetic King named Stephen, fortunately had a most unfortunate accident with his brilliantly bejeweled coach. Whilst traveling a country road on his way to visit an admittedly, beautifully buxomed princess who had been repeatedly proposed as potentially being the perfect complement for the unquestionably generous young royal, his overly gilted transport slipped into a ditch.

Stranded alone on the hellishly unpaved road for more than a week, the gangly ruler quickly became aware of an unsightly creature that indubitably resembled the reputedly infamous devil himself. Indeed, while cautiously waiting for his painfully shy page to return with help, King Stephen found it quite impossible to ignore how every evening at precisely midnight, Beelzebub, the name by which the furiously frightful beast had introduced himself on day six, slowly picked his way past the noble on his way home, but only after momentarily stopping before the royal coach, vehemently slinging an obviously excruciatingly heavy canvas tote over his questionably muscular shoulder, and reluctantly describing what he wearily called, “a grueling day of soul searching.”

When, on the eighth night of this repeatedly innocuous intrusion upon the monarch’s ponderings over how to proceed with his life once the coach was fixed, King Stephen stepped up and asked the man why he subjected himself to such misery, the demon answered, “The problem isn’t that this decidedly dreadful experience of hounding potentially slovenly spirits wandering aimlessly about the writing world doesn’t bring me great joy, it’s just that this massively overweight satchel filled with their excessive use of adverbs is slowly killing me!”

“Why not lay your burden down?” said Stephen the King. “Leave them to their just desserts.”

“Harrumpf!” cried the beast, dissatisfied for not thinking of this himself. , faster than a buccaneer might chug a mug of ale, he heaved the satchel onto the road. “From this day forth, I swear on my mother’s grotesque unmarked grave that I shall renounce weak adverbs and replace them with strong verbs every chance I get.” 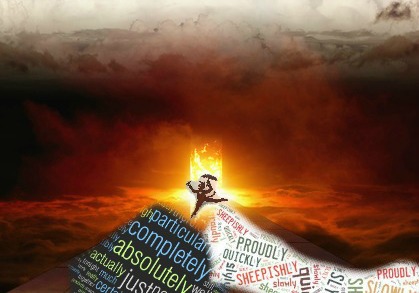 “Now, that feels better, doesn’t it?” cried Stephen the King, waving at the figure dancing down the lane.

Moments later, the page returned with the village smith, a new wheel in hand. “Sire, forgive me for my tardiness, but -”

Stephen the King waved a hand. “Never mind, boy. Fetch me a scribe. I’ve a marvelous idea for a book. For indeed, the road to hell is paved with adverbs.” 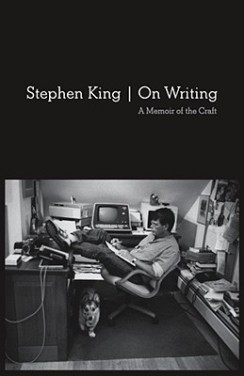 Clearly, the devil is in the D-tails 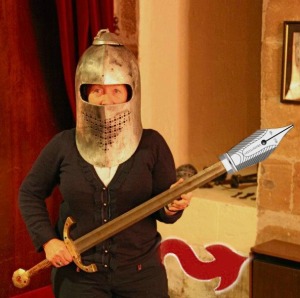 pointedly a yarn, for yet another day.

There are many books on writing advice in the world
(Oops! There’s another two dreadful adverbs! Who knew? I didn’t .)
What’s your favorite?
Not adverb.
Book.
You already know mine.

I am an adventure seeking ponderer of the mysteries of the universe, writer of children's books (represented by Stephen Fraser of the Jennifer DeChiara Literary Agency), and lover of anything involving armor, archery, or swashbuckling.
View all posts by Donna Gwinnell Lambo-Weidner →
This entry was posted in ADVENTURES, AWESOME PEOPLE, HUMOR, WRITING CHALLENGES and tagged adventure, Donna Weidner, road to hell, Stephen King, tips on writing, writing advice. Bookmark the permalink.