A PROCLIVITY FOR PONDERING P**P

While jesting with Sir-Walks-a-Lot under a brilliant, vivid sky this day upon a hill called Martin, the knight errant’s band of merry hounds pointedly raised their moist nose tips en masse to the wind. After an intense, yet brief snuffle, 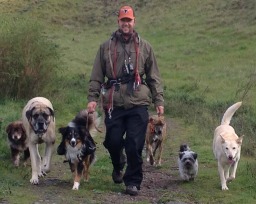 the wooly group galloped off in unison, thus directing our attention to an array of delectable treats that had been abandoned upon the trail. Due to the goodie’s dried out bee-bee-gun-pellet like appearance, I was certain that it was the handiwork of the menacing 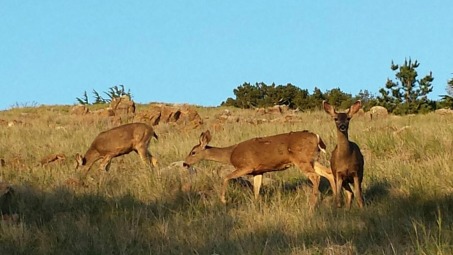 a band of neighborhood thugs notorious for the droppings incurred by their voracious appetite for this fair land’s flora.

Indeed, wee squire Teddy, who quite possibly may have been the instigator of this foray off trail, was quick to point out the pack’s good fortune this day by promptly taking a perfectly round delectable morsel upon his tongue, clamping down upon it with his tiny teeth, and relishing in its lusciousness, thereby fueling a sudden bout of inspiration – the veritable lightning strike that forced me to face this proclivity I have for writing about doodie – which may one day even rival this poochie treat…

The P**P that goes
CRRRRRunCH

Should you feel  compelled to becoming an investor in this tried and true hit, I invite you to send funds directly to my account under the heading I’MAFOOL2.

I am an adventure seeking ponderer of the mysteries of the universe, writer of children's books (represented by Stephen Fraser of the Jennifer DeChiara Literary Agency), and lover of anything involving armor, archery, or swashbuckling.
View all posts by Donna Gwinnell Lambo-Weidner →
This entry was posted in ADVENTURES, HUMOR, TRAVEL/PHOTO Themes, VIGNETTE and tagged adventure, dog food treats, Donna Weidner, dp_photo_challenge/vivid, Gilmartin Drive, humorous vignette. Bookmark the permalink.

12 Responses to A PROCLIVITY FOR PONDERING P**P