Posted on May 21, 2014 by Donna Gwinnell Lambo-Weidner

A return to my alma mater, State University of New York Stony Brook, for any reason was the last thing I ever expected to do until an acquaintance, picture book author Julie Gribble, told me about a Children’s Book Writers Conference to be held at the university’s Southampton campus in July. I attended S.U.S.B. when a bridge went nowhere and the university hospital consisted of two bricks in someone’s imagination.

Fond memories are few, but how could there be many when all my energy was spent on figuring out how to stow away aboard a United States battleship to be with my boyfriend rather than concentrating on my studies.

Hindsight, being the magnifying glass for pointing out our ‘should haves,’ has made it clear that had I put more effort into my English Composition essays, I might have found my passion for writing earlier in life. 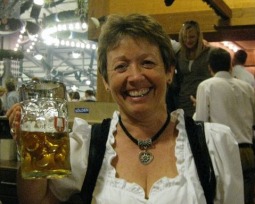 Being prone to seasickness and dissatisfied with campus life, in my junior year I attended a foreign studies program in Germany where, after two years of immersion in language, culture, and enough beer to last me the rest of my life, I graduated with a B.A. and found a job working for Lufthansa German Airlines.

The door to adventure opened wide that day, not only to the seven wonders of the world, but to a home, husband, and four children who demanded to be read to, thus exposing me to even more fantastic worlds than the one we lived in. Once they were able to read on their own and I could see my feet again, we were living in Berlin. The-frantic-four’s antics became great fodder for writing my end-of-year round-up letter that kept family and friends apprised of our adventures, like what it was like living in Hitler’s race car driver’s house, taking baths in our plastic blow-up pool, and learning how to snorkel off the coast of Mauritius. 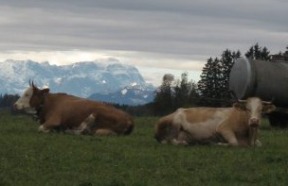 Eight years later, a move to Munich had me volunteering in the grade school library. Felix craved “I SPY.” Alice loved “Adventures in Wonderland.” I kid you not – that was her name. Moritz was infatuated with whales. “Is ‘RAMONA’ back?” “Where can I find WHERE THE SIDEWALK ENDS?” “And…CHARLOTTE’S WEB?” They couldn’t get enough. Neither could I. So I rushed home, joined a writer’s group, and promptly wrote about the drama at the dinner table incited by the stench of cow manure that had just been flung across the field behind our house.

After a trip to the top of the world and insights gained from a two-year program with a
Greenlandic Eskimo Shaman and various other teachers, including my children, I found my voice.

Had I not, having the honor of being Germany’s regional advisor for the Society of Children’s Book Writers and Illustrators may never have come to pass. The knowledge, confidence, and friendships given me by this position has been invaluable. 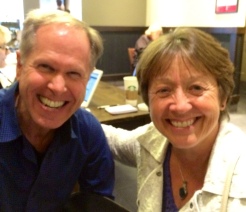 I’ve even found representation by agent Stephen Fraser of the Jennifer DeChiara Literary Agency for my middle grade novel titled “POLLO MARCO’S TRAVELS – Memoir of a Chicken.” Lots of luck might have been responsible for crossing our paths, but I’m sure hard work, determination, and a commitment to writing the best story I could has also played an important role. I know I still have a lot to learn and will never be finished learning – not until my ashes are thrown to the four winds.

When I wrote this, my statement of purpose for acceptance into the conference, the fact that I had begun my studies at Stony Brook made it clear that this opportunity is indeed, a second chance at being one heck of an adventurous, open-minded, and dedicated student.

I look forward to picking up where I left off – completing the circle – only this time I am ready to push myself beyond doing what is only expected of me. If there is a triple A plus in Dan Yaccarino’s Picture Book class, it is mine, and the fact that a certain sailor is now mayor of a small, coastal Long Island town will not distract me from my goal.

And how kool is this?
They gave me my very own email address too!

Has the universe waved a carrot in front of your face lately giving you the opportunity to finish something you’ve started and not yet completed?

Whatever it is, you’ve got my support!