IN A NEW YAWK MINUTE 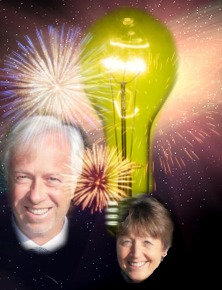 Waking up to the 75th stunning, clear-blue, cloudless, 60 degree morning in a row last Saturday, Mr. Man and I shared a monumental moment of inspiration…

That’s when great minds that have lived together for over three decades  in separate bodies meet in the ether swirling above their heads and their respective light bulbs merge together in a sudden burst of electromagnetic energy. The scientific term is a supernova. We call it a  shared idea of epic proportion.

“Wanna take a ride down to Santa Cruz?” he asks.

“Whoa! I was thinking road trip too. But only if it’s overnight,” I said, yawning. “We need to get a good night’s sleep. I’ve been having serious nightmares of ways to put an end to Jazzie’s early morning ‘Feed Me’ yelps at five a.m. – and they’re not pretty.”

In a New Yawk minute (even afta toity years away, ya can’t take da New Yawk outta’ a New Yawka), we was sh’ow’id an packed. At zero hour 9 a.m., or maybe it was maw like 11:30, wit da top down and da wind blowin in aw hair we shot down da driveway like Rockit Man inta da stratosphere.

Fig-etta-boud-id!
(Forget about it – for my international readers)

MR. MAN ON A MISSION 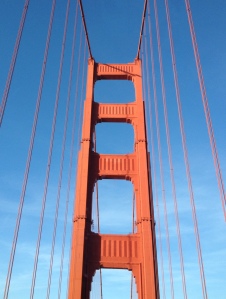 In a New Yawk – oops, sawry- minute, everything had changed again

And in the next New -ahem- York minute,
Things got a little strange when we stopped for lunch… 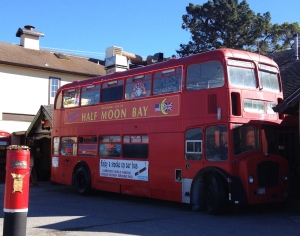 At Cameron’s Pub in Half Moon Bay where, for one quirky thing,
there are over 2,000 beer cans displayed on the wall 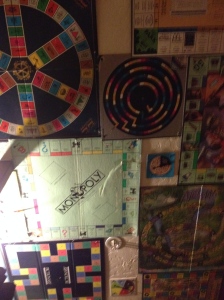 GAME BOARDS ON THE CEILING IN THE LADY’S LOO

After a light lunch of bangers, mash, and shepherd’s pie 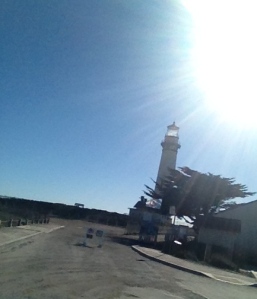 Caught our eye.
But alas, no pigeons, only a seal
Arp, arp, arping to sweeten the deal.

Back on the road

We continued heading south, reaching Santa Cruz by late-afternoon. We took a stroll, had an early dinner and went to bed with the eight-year-olds of the world so that we could get up early and cruise all the hot-spots and eateries this lovely sea-side town is known for.

“Is the mini-bar leaking?” I asked Mr. Man after he rolled over and slapped me awake when he reached for a pillow gone rogue – the one that got away during a fitful night’s sleep. Once the phone had rung in the middle of the night followed by the lounge waitress pounding on the door to get a signature for booze we could only have drunk in a dream, it was all over…at least at home the dawg slept til 5 0’clock…Arrrgh!

“I don’t hear anything,” he muffled into the mattress.
“Well, I definitely hear running water…” I moaned, stumbling to the window.
Did I happen to mention that California is experiencing a drought?

We ate our breakfast and hightailed it home.

I am an adventure seeking ponderer of the mysteries of the universe, writer of children's books (represented by Stephen Fraser of the Jennifer DeChiara Literary Agency), and lover of anything involving armor, archery, or swashbuckling.
View all posts by Donna Gwinnell Lambo-Weidner →
This entry was posted in ADVENTURES, FAMILY, HUMOR, ROAD TRIP, TRAVEL/PHOTO Themes and tagged adventure, author, blog, Donna Weidner, In a New York Minute, road trip, Santa Cruz, The Eagles. Bookmark the permalink.

4 Responses to IN A NEW YAWK MINUTE