“Grandfather, I have been searching for you all day,” the young Miwok said, stumbling upon his tribe’s Shaman.

From a distance, the old man looked like a stone replica of himself—standing tall and powerful, as he was meant to be. The early evening breeze at the top of Round Hill was chill. It swept the Shaman’s long, once raven black hair, away from his chiseled face. Now the color of sea-foam, it danced in the wind.

“And you have found me,” the Shaman said, his gaze never leaving the horizon.

“Grandfather, what do you see?”  the boy asked, knowing full well it was something of great importance.

His grandfather was known for being able to see worlds that were not evident to everyone else in the small tribe. In his younger years, this ability earned him the reputation for being a great hunter. He knew exactly where fish and fowl were plentiful. The women sought his council before setting out upon their gathering expeditions. He would give them explicit directions to the choicest nut bearing trees and sweetest berry patches. He knew whether the winter rains would be scarce or generous. He saw other things too—visions of things yet to come.

“The mists are thick, but I see the tips of what seem to be—shelters—” 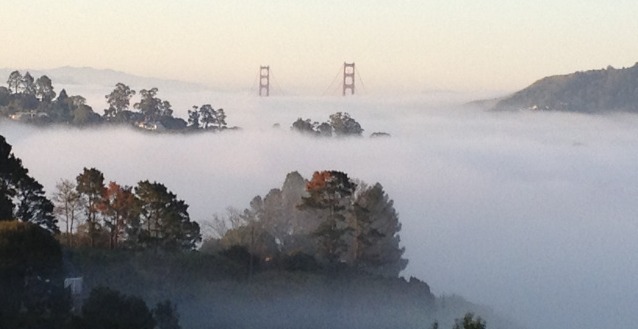 Squinting, the Shaman added, “Ahhhh – the fog is beginning to clear.”

“I have never seen anything like it!” the Shaman mumbled. “The words to describe what I see—they do not exist.”

“What does that mean, grandfather?”

“I do not know,” the Shaman answered. “But I see many tribes, from many directions gathering in this place. They are the same, yet they are different. They celebrate their similarities and honor and respect their differences. They live in peace with one another and all that is. They use their great knowledge wisely.”

Contemplating the weight the old man’s words carried,  the boy’s eyes grew as large as the harvest moon rising in the eastern sky.

“I must rest now,” the Shaman sighed, sitting down upon his haunches. “The time has come for you to carry on—”

Following the old man’s gaze, the boy watched in awe as tens of thousands of stars suddenly twinkled – not from the heavens, but from the water’s edge and upon the distant hills.

“Grandfather, do you see what I see?” he asked.

When the Shaman did not answer, the boy turned, only to find that his grandfather had turned to stone.

To this day, the old man continues to gaze upon the city of San Francisco from on top of Round Hill. 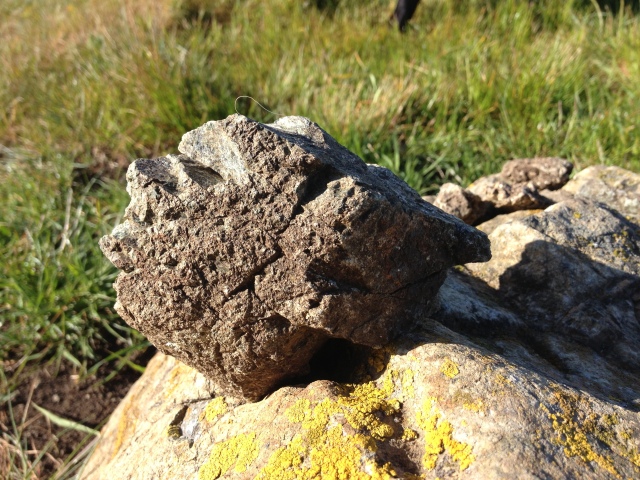 For you WordPress bloggers out there, there is still time to get in on Daily Post’s Writer’s Weekly Challenge titled: “Iconic.” These challenges are a boat load of fun. I also hope my little tale about our iconic city has inspired you to come and visit San Francisco some time. Till then

I am an adventure seeking ponderer of the mysteries of the universe, writer of children's books (represented by Stephen Fraser of the Jennifer DeChiara Literary Agency), and lover of anything involving armor, archery, or swashbuckling.
View all posts by Donna Gwinnell Lambo-Weidner →
This entry was posted in ADVENTURES, SHORT STORIES, TEACHINGS FROM THE FAR NORTH, WRITING CHALLENGES and tagged adventure, author, blog, Donna Weidner, DPchallenge, iconic, Miwok, Miwok people, myths and legends, San Francisco. Bookmark the permalink.

13 Responses to ISN’T IT ICONIC?

Life is an adventure - from camping in the Arctic to hunting for errant single socks to navigating the world of writing.