Piggyback – a strange word – isn’t it? Have you ever seen a stack of pigs?

I could understand frogbacking, maybe… 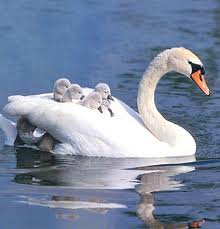 The closest thing to piggybacking I have ever seen,

But, there’s still no sign of a pig, is there?

In any event, today I am going to piggyback on a recent post from Where’s My Backpack. Ailsa wrote about Air New Zealand’s ingenious inflight safety film, which should come with a warning to menopausal women to cross their legs to avoid the effects of sudden outbursts of laughter. I thought Virgin America’s film was innovative until I found this one by Thomson, a british holiday company that has a very interesting apprentice program.

Buckle up and Enjoy!

I am an adventure seeking ponderer of the mysteries of the universe, writer of children's books (represented by Stephen Fraser of the Jennifer DeChiara Literary Agency), and lover of anything involving armor, archery, or swashbuckling.
View all posts by Donna Gwinnell Lambo-Weidner →
This entry was posted in ADVENTURES, HOLIDAYS, HUMOR and tagged adventure, Air New Zealand, author, blog, Donna Weidner, holiday, Pre-flight safety demonstration, Thomson, Virgin America. Bookmark the permalink.