Where’s My Backpack is a travel-based blog that I have recently started following. Love it! And every week, Ailsa suggests a theme and invites her readers to share their own photo adventure.

No sooner had I read this week’s suggestion when it became clear to me how often I too look down at the ground when I’m walking out, about, and all over town. But then, who wouldn’t after having recently tripped over a curb and made a face plant onto a concrete sidewalk? After screaming softly muttering a chain of expletives that mimic figs, fudge, and fajitas into my hand,

I was sure I’d be spitting my front teeth out if I hadn’t already swallowed them first. Except for a long scrape, it was a wonder my nose had maintained its cuteness too.  Ah, but I digress…

UP. Yes, this post represents my version of UP, compliments of a recent SCBWI workshop led by Martha Alderson, The Plot Whisperer, held at the charming and serene Old Mission at Santa Barbara. Kudos to Margaret, for a dynamite week-end. 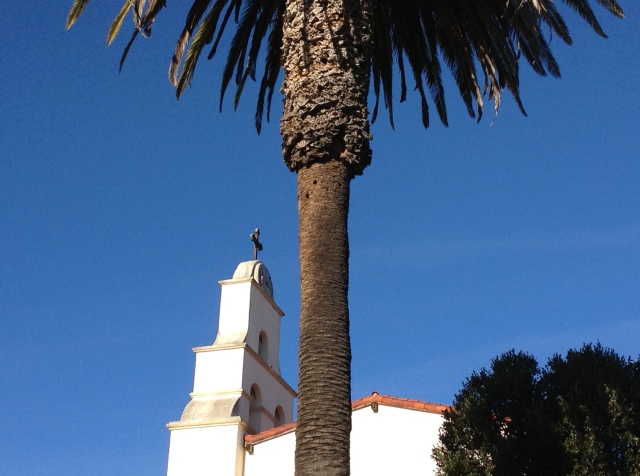 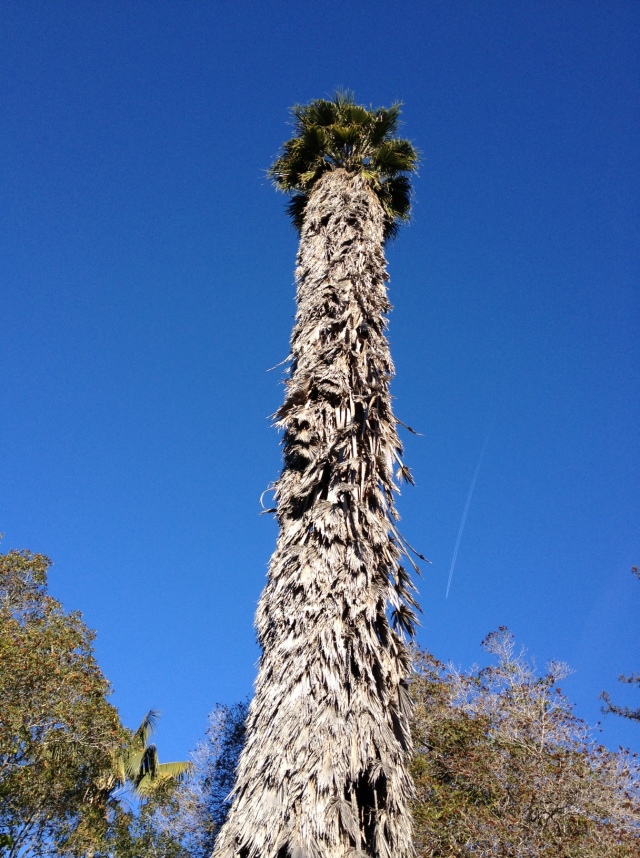 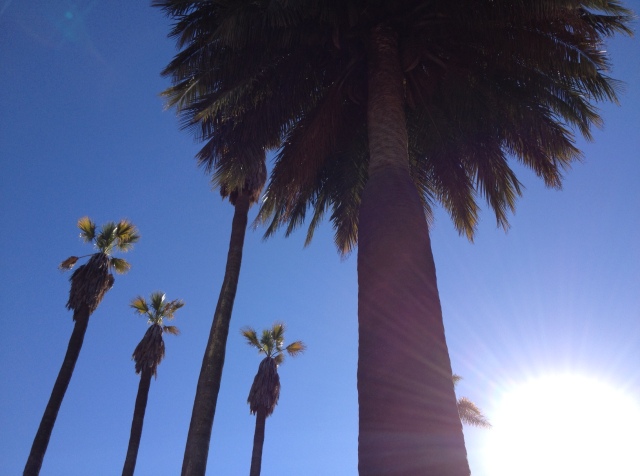 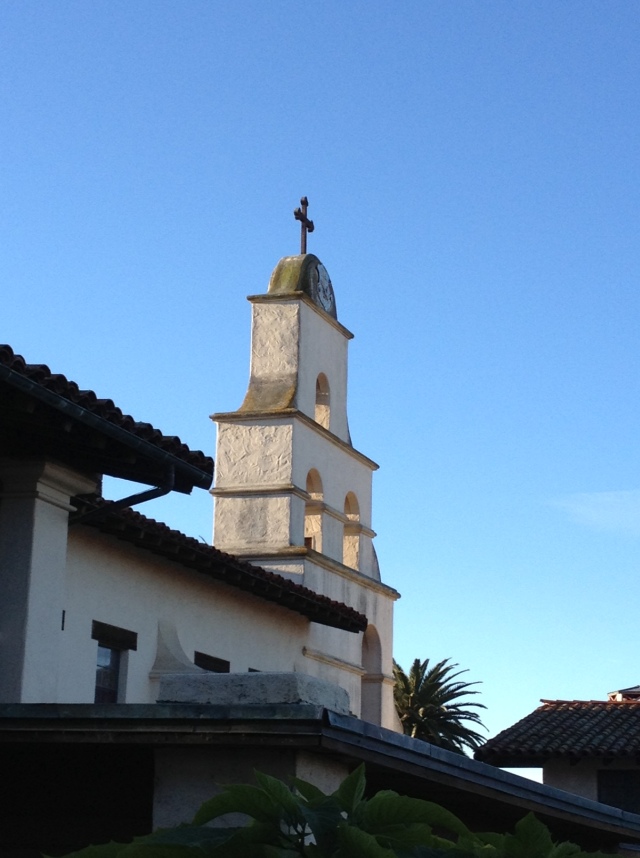 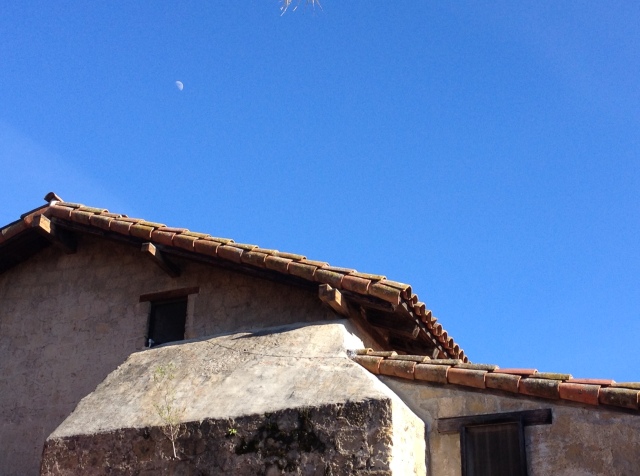 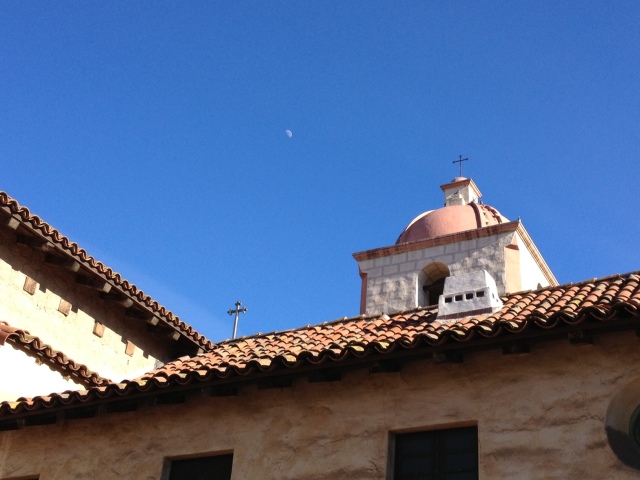 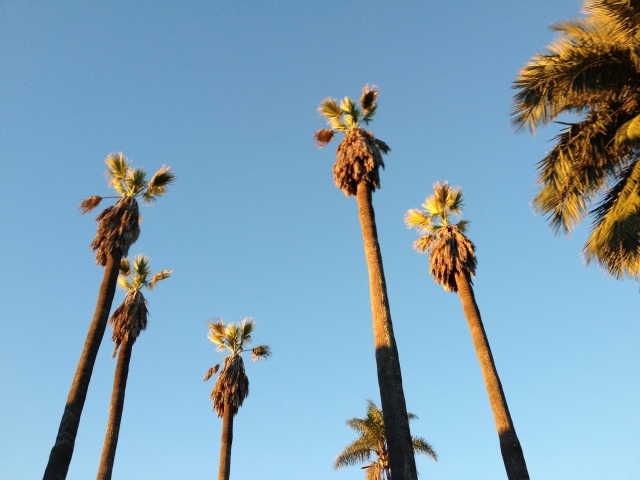 Remember Single Sock Day? In honor of WE ARE THE SAME – WE ARE DIFFERENT, wear two different socks anytime, anywhere, on any day you choose. Send your photos and/or any resulting comments to dgweidner[at]gmail[dot]com, and I will share them on the first Saturday of every month. Like the rest of us, even single socks need acceptance and recognition. Having at least one sole mate to walk with, is icing-on-the-cake.

I am an adventure seeking ponderer of the mysteries of the universe, writer of children's books (represented by Stephen Fraser of the Jennifer DeChiara Literary Agency), and lover of anything involving armor, archery, or swashbuckling.
View all posts by Donna Gwinnell Lambo-Weidner →
This entry was posted in SINGLE SOCK SUNDAY, TRAVEL/PHOTO Themes and tagged adventure, author, blog, Donna Weidner, Martha Alderson, Old Mission at Santa Barbara, Single Sock Day, The Plot Whisperer, TRAVEL Theme, we are the same-we are different, Where's My Backpack, writer. Bookmark the permalink.