GETTING STONED – A Monolithic Tale 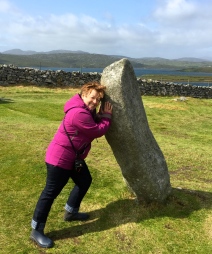 Ahhh, Callanish. The moment we stepped into the circle, it felt like I’d crossed a threshold into another world. Immediately, I was drawn to this particular stone. Mostly since it was not much taller than I, but partly because she called to me, as if she had a story to tell.

Imagine my surprise when I leaned in for this photo, totally unprepared for the tale that she and her ancient monolithic sisters were about to share…

“The enchantment was to last but a moment,” the tallest in scale among them said. “Yet here I stand, ensconced in a shroud of Lewisian Gneiss, gangly as I was when I had arms to embrace another and legs to propel me ‘oer the moors in a game of tig with me friends.

“I suppose I daren’t complain. My childhood wish of one day towering above my siblings has been granted. So too the longing to never experience the puckered pit of an empty belly or hear its growling complaints ever again.

“Indeed, this granite-like sarcophagus has satisfied the promise of keeping me warmer and drier than the damp thatched hut I’d been born in. It must be nigh on 5,000 years now. But what good is protection from sharp lashing rains, fierce buffeting winds, and blistering heat when a yearning burns deep in my heart? Oh, how I long to wander the countryside at will, dip a toe into Loch Roag, and dance with my sisters in the moon’s silvery light…” 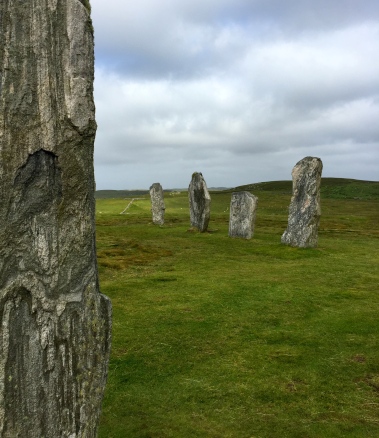 “Aye!” The monolith’s squat cousin chimed in, her wail barely audible in the sudden ferocious gale. “Some of us were little more than wee bairns on that fateful eve eons ago.”

“We should have known better,” a third giant piped up. “The invitation, too good to be true, it was.”

“Promises of wish fulfillment – it piqued the curiosity of even the most level-headed among us,” exclaimed a fourth. “‘Tis an experiment,’ they told us once we’d all gathered on the heath.”

“They being those who had extended the invitation,” added another,
as the winds grew in strength… 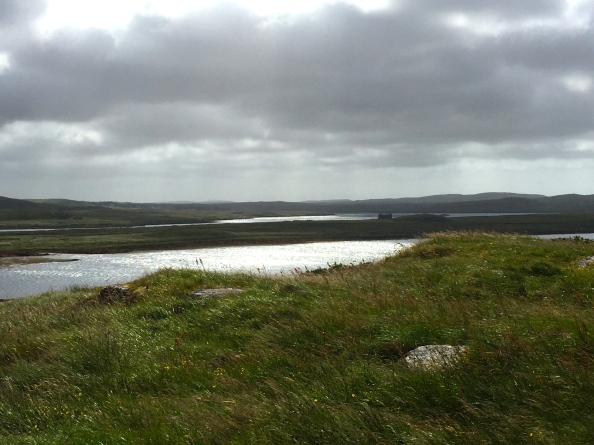 “They being those whom we had never seen the likes of – not ever,” said yet another.

The tale continued to make the rounds… 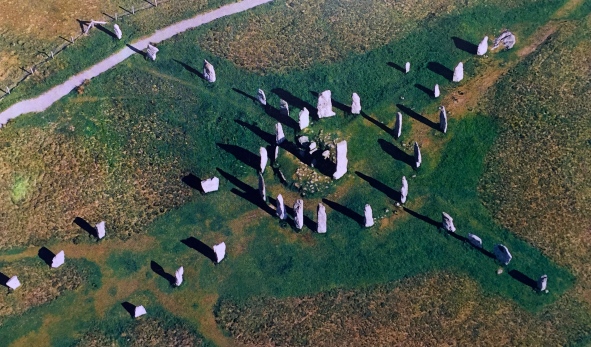 “Knee high to a rodent they were.”

“With wide eyes and spiked beards the color of autumnal bracken.”

“They told us it wouldn’t last long. Less time than it takes for the weather to change in our part of the world. Nary the length of a pause between heartbeats…” 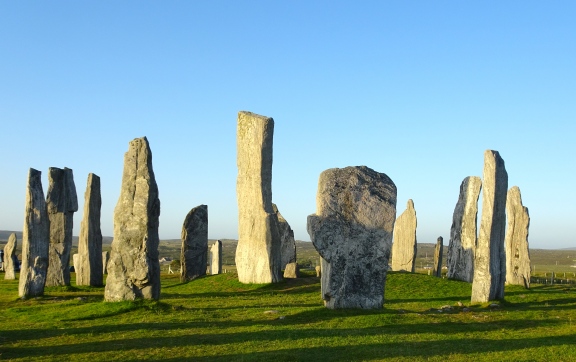 “All ye need do is be still, they said.” 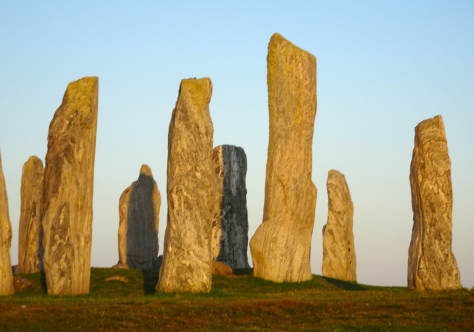 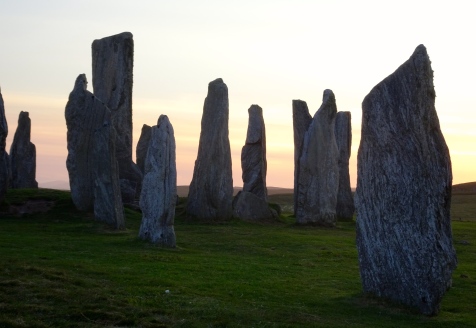 “You’ll have collected the wisdom of the ages, they said,
in less time than it takes for a midge to nip yer ankle at sunset.”

“But that’s only if all goes well, one of them added.”

“Aye, ’twas the one who’d pursed his lips and twisted his manicured moustache until it resembled a rat’s tail. He advised there may be a possibility of requiring a wee bit more patience. ‘No more than it might take for lava to cool and form an island,’ he said.” 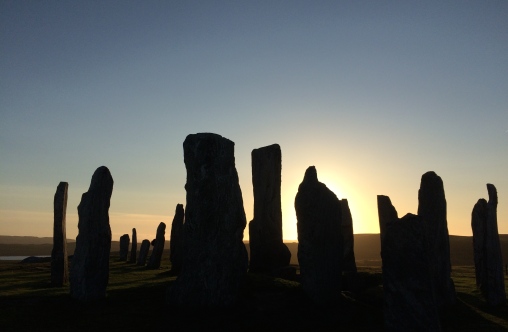 At this point, a chill wind swept up the hill from the loch below.
It stirred the stones’ grumblings into loud squabbles with regard to their frozen fate
until the last monolith cleared her throat.

In the ensuing silence, she completed their unimaginable tale.

“Indeed,” she boomed.
“They made it clear that once humankind is ready to rise above the chaos and listen,
we would be in a fit state to share our vast, accumulated knowledge with them.
Only then, would we walk the land again…” 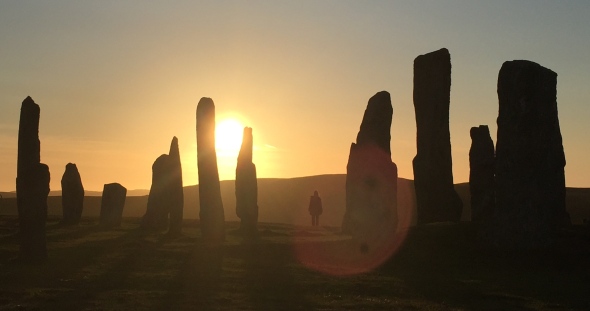 I am an adventure seeking ponderer of the mysteries of the universe, writer of children's books (represented by Stephen Fraser of the Jennifer DeChiara Literary Agency), and lover of anything involving armor, archery, or swashbuckling.
View all posts by Donna Gwinnell Lambo-Weidner →
This entry was posted in ADVENTURES, ANCIENT WISDOM and TEACHINGS, ROAD TRIP, TRAVEL/PHOTO Themes and tagged adventure, Callanish Standing Stones, D.G.Lambo, Donna Gwinnell Lambo-Weidner, dp_/photo-challenges/scale-2/, Isle of Lewis, Loch Roag, Outer Hebrides, Scotland. Bookmark the permalink.

13 Responses to GETTING STONED – A Monolithic Tale