DID SOMEONE SAY CHOCOLATE? 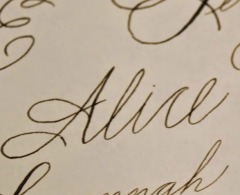 Alice Wetherby Pimms knew it was in the library. The beautifully scripted note written in her dead mother’s hand said so. The child had checked all the obvious locations, though, and found nothing – places like inside her father’s green felt-lined desk drawer, the one he’d hidden the tarnished brass key to inside a book titled, THE KEY TO REBECCA. 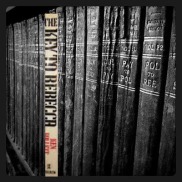 You’re probably thinking how conspicuous that might seem, rather like a toad wearing a hot pink béret on a sunny day, especially if you knew Roderick Pimms’ taste in literature. Never mind that the hardcover was a best-seller. No spy novel would ever have graced even the lowest shelf of his ‘Biblioteka’, as he so fondly called the annexed space, and yet, there it was, sandwiched between Volumes 13 and 14 of the 1911 Encyclopedia Britannica’s eleventh edition.

“If you ever want to hide something of importance, keep it in plain sight,” Alice’s father lectured more times than a millipede has legs. “Very often the most obvious place is also the least obvious.”

This advice evidently took root in the girl’s grey matter, as Horace Hornby, MHS, Ph nearly D *, Mr. Edgar Millner *, and a stable full of nannies * would attest to had they not been prematurely decommissioned.

“Such drivel,” the child cried in a most convincing impersonation of some tutor or other after having searched all the conspicuous inconspicuous places she could think of and come up empty-handed. This time, rather than pitching a fit, as she was prone to do, Alice dropped on all fours to the polished parquet floor, lifted her pinched face to the ceiling and exclaimed, “I’ll sniff you out!”

It’s difficult to say whether the nine-year-old had been exposed to an unusual amount of how-to-train-your-dog tutorials or she simply had an innate overzealous olfactory sense, but she scrambled about the room like a cadaver sniffing labrador.

For all that, the scent of too many Cubans clinging to the velvet drapery was a distraction. The pungent smell overpowered any hint of the location of Alice’s favourite milk chocolate causing her to ponder whether it was the colorful wrappers she enjoyed the most 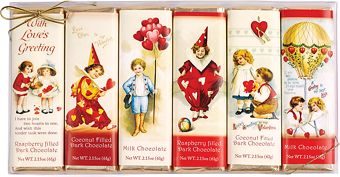 or their sweet contents.

But, no matter. The quest continued, only now, the girl’s true nature took the lead…

Peony packed porcelain vases were upended, polished side tables overturned, needle pointed pillows patted down like passengers preparing to board a plane. No lamp was left standing, no curtain not thrown to the edge of its rod’s ornate golden finial. The blue-frocked tornado whirled through the room, clearing shelves clean, first, from left to right, then right to left.

The maelström raged, for how long, I can’t say, but eventually, on the fourth shelf from the bottom, third row on the left, the tip of an unruly nail pricked the child’s finger. Once Alice had a good cry, wiped her tears with a sleeve, and blew her nose on…well, I’ll leave that up to your imagination, she noticed a book tucked into the dark recesses of a nook that had been carved into the back wall of the shelf. It was a very old book. This book… 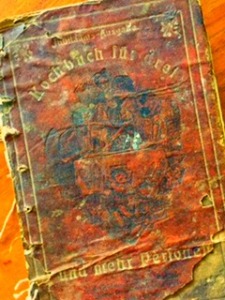 THE book. The long-lost cookbook that a certain Mrs. Biddlewist had given up on ever finding. The Pimms’ personal genealogist had come so close, too, but alas, the trail went dead shortly after Alice’s birth. It was a great disappointment to both Roderick and his young wife, Daphne – the loss of the book, not the birth of their child – for rumour had it that a Saxon ancestor perfected the recipe for immortality and had hidden it in the text.

Somewhat aware of the importance of this family relic, Alice popped her punctured pinky into her mouth, snatched the tome from its musty tomb with her free hand, and plopped down onto the bare wood floor hoping to discover the aforementioned treasure, or at least the clue that would lead her to it. Unable to contain her excitement though, she tore the antique open and rifled through its stale pages

until she came upon the tasty treat she’d been searching for, followed by the realization that Daphne Wetherby Pimms indeed had a warped sense of humour 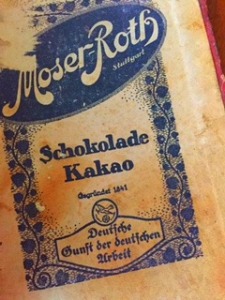 Well, there you have it. Finally, Alice has gotten a taste of her own medicine, a karmic kiss, if you will. Considering her mischievous antics to date * , I’d say the conventional wisdom proffering “what goes around comes around” has treated her kindly in this instance. Don’t you agree?

I am an adventure seeking ponderer of the mysteries of the universe, writer of children's books (represented by Stephen Fraser of the Jennifer DeChiara Literary Agency), and lover of anything involving armor, archery, or swashbuckling.
View all posts by Donna Gwinnell Lambo-Weidner →
This entry was posted in ADVENTURES, HUMOR, SHORT STORIES, TRAVEL/PHOTO Themes and tagged adventure, Adventures of Alice Wetherby Pimms, antique cookbook, chocolate, Donna Gwinnell Lambo-Weidner, dp_/photo-challenges/repurpose/, dp_discover-challenges/conventional-wisdon/, vignette. Bookmark the permalink.

6 Responses to DID SOMEONE SAY CHOCOLATE?