‘TWAS THE NIGHT OF BAH HUMBUG 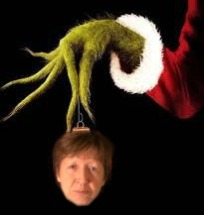 ‘Twas just before Christmas,
when the Grinch played his part.
His slim, furry fingers fouled
my holiday’s start
by pointing out the turmoil bubbling up
in our world-
the hatreds,
the judgements,
the greed that had unfurled.

Indeed, ’twas too late,
for neither laugh nor smile,
would ward off the Humbug cloud forming
in true Ebenezer Scrooge style…

‘Twas the night between the longest and the Most Holy Eve
That I grasped for the peace I’d once easily achieved.
My spirit,
furious,
wrung my belly in a twist –
“‘Tis the season to be jolly.
Not one to raise a fist.”

The Bah Humbug cloud rumbled and tumbled o’er my head.

Then it crashed, and it thrashed,
thundering
exactly what I had dread:

“While flames climb high in your chimney tonight
Children curl up elsewhere trembling with fright.
Fire burns in your hearth banishing frost from the room
While thousands succumb to grim threats of doom.”

The Bah Humbug cloud darkened.
It swarmed black ’round my soul,
Conjuring images of great sadness,
for that ’twas its goal.

As the goose slowly roasted,
savory scent wafting from oven vents,
No amount of spices hid the visions
of children living
inside tents.

Then as the night turned frigid
and Rudolph’s nose warmed my chin,

refugee phantoms huddled moaning,
“Our blankets are too thin.”

but only for me,
not
those living it elsewhere.

I bolted upright
and I thanked the ‘ol Grinch 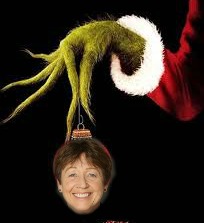 for Cindy-Lou’s remedy
for fear and ignorance 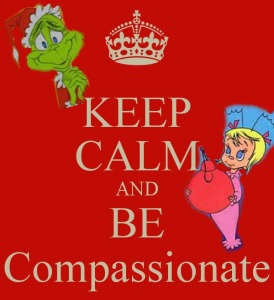 As for the Bah-Humbug cloud that had gathered ‘oer my head?
I hugged Scrooge’s specter and leapt from my bed,
thinking of how often, when disaster strikes,
the world joins together and spontaneously ignites
virtues of a very different kind –
ones of great hope
and renewed faith
in mankind.

Now, my Dear Friends, I must thank you all too
for putting up with my ’twas-es all the year through.
And as I bid farewell to a turbulent ’15
My wish for us all
is a healthy,
most prosperous,
and peaceful ’16 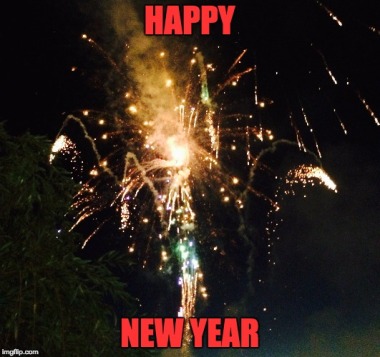 I am an adventure seeking ponderer of the mysteries of the universe, writer of children's books (represented by Stephen Fraser of the Jennifer DeChiara Literary Agency), and lover of anything involving armor, archery, or swashbuckling.
View all posts by Donna Gwinnell Lambo-Weidner →
This entry was posted in ADVENTURES, FAMILY, HOLIDAYS, POEMS, VIEW FROM MY SOAP BOX and tagged 'twas poem, author, blog, christmas commentary, Christmas poem, Donna Lambo-Weidner, state of the world, Twas the night before Christmas. Bookmark the permalink.

10 Responses to ‘TWAS THE NIGHT OF BAH HUMBUG