SOMEWHERE OVER THE RAINBOW…

That’s where you’d have found us on a recent midsummer’s Sunday.
Although, since the pre-requisite tornado was off wreaking havoc somewhere else in the world, my sister, niece, a friend and I had to find another magical form of transportation to take us there. Fortunately, ‘the Bean’ was just sitting in the driveway twiddling its tires so we jumped in and hit the street – following the black asphalt road up, over, and back down Divisidero like a scene from  “Bullitt” until we arrived at the place we’d heard of once in a tourist’s brochure – a true pot of gold – the Castro Theater.

Indeed, there’s no place like the home of San Francisco’s iconic Castro to experience an event of such epic awesomeness. 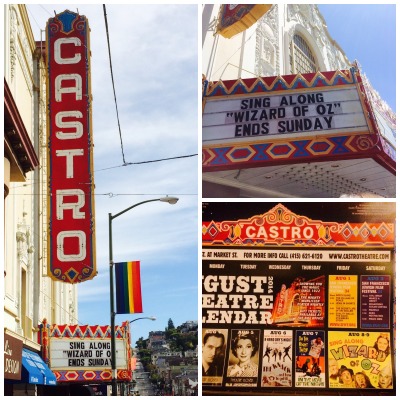 Built in 1922, the outdoor ticket booth, interior ceiling, and side murals evoke the mood of a bygone era which is fittingly complemented by live organ music.

With more than enough time to spare, we ooo’ed and ahhh’ed at the adorable other attendees anxiously waiting for admittance. Since it was a matinée, Munchkins, Lolly-pop Guilders, Glinda-the-Good-Witches, and Dorothys were of a younger assortment. To our great relief, Toto too was not lacking in representation. 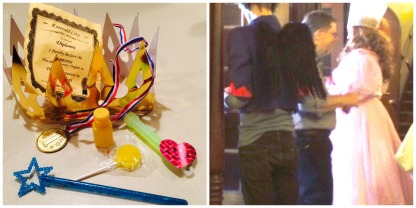 Once everyone was seated, the pair instructed us to bark with Toto and hiss whenever Elvira Gulch and the wicked witch, or parts thereof, appeared on-screen.

They coached us on when to blow bubbles, brandish our glow sticks, and wave our magic wands until finally, with shining crowns atop our heads, golden badges of courage around our necks, sparkling red hearts fixed upon our chests, and diplomas in hand 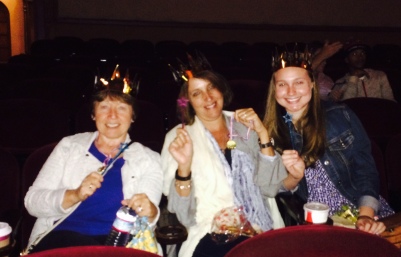 The Mighty Wurlitzer, under the nimble hands of David Hegarty, fired away –
lending an air of iconic perfection to an iconic movie sing-a-long :

Now, we can hardly wait for “The Sound Of Music” and “Grease” to play at the Castro,
but only once we’ve experienced The-Wizard-of-Oz-Sing-A-Long on a Saturday night.

I’ll keep you posted so that you may join us.

Oh, and P.S. – the Castro’s organ is privately owned and is moving away with its owner. There is a movement to replace it. For more info and/or your support, press HERE.

I am an adventure seeking ponderer of the mysteries of the universe, writer of children's books (represented by Stephen Fraser of the Jennifer DeChiara Literary Agency), and lover of anything involving armor, archery, or swashbuckling.
View all posts by Donna Gwinnell Lambo-Weidner →
This entry was posted in ADVENTURES, CHILDHOOD, EVENTS, FAMILY, HUMOR and tagged adventure, author, blog, Castro Theater, Donna Weidner, Mighty Wurlitzer, San Francisco, The Wizard Of Oz, the wizard of oz sing a long. Bookmark the permalink.

17 Responses to SOMEWHERE OVER THE RAINBOW…