If you’ve ever played RED ROVER, SIMON SAYS, or RED LIGHT, GREEN LIGHT, then you are not a stranger to TAG – a fast and furious game where one kid in a group is deemed IT and runs around the yard trying to touch someone else thereby dubbing them IT until it gets dark and the fireflies come out signaling it’s time to go home, or in Stephen King’s case, to write a horror story whose evil character, IT, still prompts a rain of heebie-jeebies down my back when I see a clown.

Now that I’m grown, well sort of, and I’m a writer, I’ve been invited to join THE WRITING PROCESS BLOG TOUR which, by the way, gives me a different set of chills. Nevertheless – Dutch author, editor, mentor and friend Mina Witteman saw fit to tag me after she had been tagged by Undiscovered Voices Anthology 2014 winner, journalist, and children’s book writer Tioka Tokedira who had been tagged by another UVA 2014 winner Claire Fayers, who had been tagged by, well, you get the idea. If not, PRESS HERE after patting yourself on the back for getting the picture book reference.

The mission? To answer four questions, share, and tag the next person to do the same… 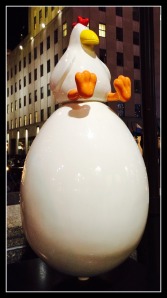 What am I working on?

Not being disappointed when I refresh my emails and have NOT received the good news from my agent, the fan-tab-ulous Stephen Fraser of the Jennifer DeChiara Literary Agency, that my middle grade adventure story about an egg-straordinary chicken who travels with Marco Polo has sold to a publisher that loves it as much as Stephen and I do. When I’m finished spouting expletives at my laptop screen, I whip open my work-in-progress file and choose to work on either a picture book about dueling socks or scenes from a contemporary middle grader that deals with prophecy, spells gone wrong, and curses done right. Then I breathe into a paper bag so I don’t pass out onto the keyboard, thereby deleting all I had written before obsessing over whether I could pull it off again. 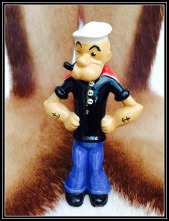 How does my work differ from others in my genre?

In the words of Popeye the Sailor, “I am what I am.” My work is unique. It reflects my life experience – my humor.

Why do I write what I do?

I love adventure. I always have. As a child, I’d be the one leading the charge of the light brigade in the neighborhood sand pit, forcing pirates to walk the plank at the pool, or building a fort in the swamp next to the sand pit. Be it struggling with the first day in a new school or spending a night camping on the rim of the Ngorongoro Crater in fear of being stepped on by a water buffalo, every day is an adventure and I love using my experience combined with a boatload of imagination to spin a tale that hopefully ends in shock, awe, and

How does my writing process work?

When I write in my office, I begin with a little ceremony by setting a lit match to a fresh wick and saying: “As I light this candle of inspiration ~ I call upon my Muse, my imagination ~ I bid you to speak through my fingers and toes ~ tales of adventure ~ of heroes thwarting foes!”

Otherwise, I throw the dogs a snack to keep them busy and sit on the sofa with my laptop. I can confidently call myself a pantser, for now anyway. I don’t outline or plot. Once I have an idea, my stories evolve organically. That idea can be as simple as a name, as in the case of POLLO MARCO’S TRAVELS where I let an italian chicken take me on a wild ride to China. I actually wrote the first draft in four weeks and thought I was done.

HA! I had no clue how to write a novel. With the help of workshops on craft, attending SCBWI conferences, and belonging to a number of critique groups, I went back and added more detail, dialogue, twists and turns as they would pop into my head from the bubbling cauldron on the back burner in my brain where situations that I had gleaned from everyday conversations and interactions are stored. Five years and too many revisions to count later, I had a polished manuscript.

As for when the Dreaded Writer’s Block  holds my muse hostage, I take lots of walks and showers. There’s something about fresh air and rushing water that flushes the sludge in my brain and sparks new and intriguing ideas.

Well – there you have it – my process.
Thank you for coming along for the ride. 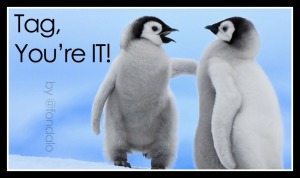 Please look them up in a week or so for a peek into their process.

I am an adventure seeking ponderer of the mysteries of the universe, writer of children's books (represented by Stephen Fraser of the Jennifer DeChiara Literary Agency), and lover of anything involving armor, archery, or swashbuckling.
View all posts by Donna Gwinnell Lambo-Weidner →
This entry was posted in ADVENTURES, EVENTS, HUMOR and tagged adventure, author, blog, Donna Weidner, Jennifer DeChiara Literary Agency, Mina Witteman, Stephen Fraser, The Writing Process Blog Tour, writing process. Bookmark the permalink.